The 5th annual Door County Beer Festival will take place on Saturday, June 20th, on the Baileys Harbor Town Square. Over 160 craft beers will be served at the festival, including some of Wisconsin’s finest small batch brews. 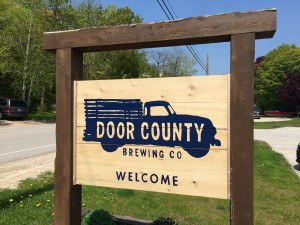 Enhancing the strong Wisconsin showing will be brews from 48 American and European breweries such as Lagunitas, Southern Tier, Left Hand and Goose Island. The setting will be ripe for side by side tastings of similar brews such as porters and pale ales. There will also be opportunities for the more adventurous beer lovers to sample exotics like hot pepper and bourbon infused brews.

No Door County festival would be complete without live music. In the case of the Door County Beer Festival the afternoon’s soundtrack will be provided by Dead Pigeons from the Twin Cities and the Chicago-based fiddle/guitar duo, Ohlrich and Vanier . Dead Pigeons are a 5-piece string band that plays roots-americana music that leans away from the traditional and more toward acoustic punk. Andy Ohlrich on fiddle with with Mike Vanier on acoustic guitar play a driving blend of bluegrass, blues, jazz and folk. And, being Wisconsin, there will be plenty of room for dancing while sipping.

For those who need another reason to visit Door County on June 20th, the Door County Spring Century Ride will he held the day. The ride offers distances of 25, 50, 75 and 100 miles. The ride begins and ends on the opposite side of the Baileys Harbor Town Square from where the Beer Festival is held.